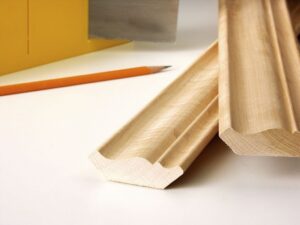 WHAT IS A MOLDING?

A wooden molding could be defined as all those decorative ornaments, that many of us see on facades, in the union of walls with ceiling or around doors and windows, among others.

Another important point to note is that it normally maintains the same profile throughout its layout.

WHAT ARE THE DIFFERENT TYPES OF WOOD TRIMS THERE?

Drumstick: the drumstick, drumstick or jonquil is the round, elongated molding with a convex profile. It is the smallest of all of them and if it exceeds 6 mm in diameter, it is called bocel.

Torus: known as the convex molding or geometric figure that is defined by a toric space or toric surface. In a more common vocabulary, we could say that it is a “ring”. Its volume can be achieved in two ways. As a figure of revolution or as a figure of translation.

Groove: S-shaped profile. Concave at the top and convex at the bottom. The area that stands out the most is at the top. We could say that it is similar to the cimacio. 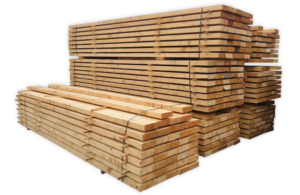 If we had the convexity at the top and the concavity at the bottom, we could define this molding as a reverse groove or reverse groove. In this case, it would be similar to the nacelle. The heel is understood as the molding whose profile has a convex part and a concave part.

Listel: flat and thin molding which either divides two moldings or forms by itself a narrow molding. It is also known as fillet.

Nacela: vertical start molding with a concave shape that ends in a convex quarter cylinder. Due to its profile and its two circumferential arcs with different radii, we could define it as a kind of S. It is likely that it can be confused with the cavetto molding.

Skirting board or plinth: piece that is placed on the foundations of a building to achieve optimal leveling. It also has an aesthetic function in rooms, apart from its protection from knocks and scratches. They are made of different materials, although wood and ceramics predominate. Many times it is chosen to use the same color as the floor of the room or the carpentry.

Cornice: located in the upper area, it is the most prominent part of the façade of a building. Its main use is to prevent water from falling directly on the wall. At the same time, this molding finishes off the façade of the building.

Cimacio: of both aesthetic and structural function, it was used until the 19th century. Currently it is only present in monument restoration projects and very sporadically it can be seen in some cabinet work.

Caveto: Also known by names such as esgucio or antequino, this cove molding with a quarter-round profile is nothing more than a decorative molding. This molding was widely used on the walls and doors of Egyptian temples.

WHAT WOODS ARE IDEAL FOR MANUFACTURING MOLDINGS?

This soft wood with a very light hue and great permeability, meets the requirements as the ideal wood for making any type of moulding, stripping or profiles.

This Wood have hundreds of applications in carpentry and decoration, the latter mostly.

WHERE IS WOOD TRIM USED?